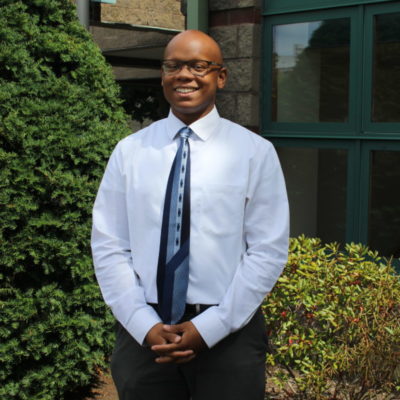 Originally from Manchester, CT, Aaron graduated from Eastern Connecticut State University in 2016 with a Bachelor of Arts in History and Social Science. While at Eastern, Aaron was involved with many different clubs and activities. He attended BSU meetings and was a member of the Fusion Dance Team. During his time in college, Aaron was a head teacher at the Manchester Early Learning Center (MELC) after school program. During his time at MELC, Aaron worked with elementary aged students in many different academic areas such as reading, writing and math. Aaron helped develop SMART goals to help students succeed. Aaron joined the Nativity School of Worcester community as a fellow in the summer of 2016.

Aaron taught on the 5th grade team from 2016-2018 at Nativity Worcester, and was an advisor to some of our 8th graders both years. He filled in as the primary point of contact for the school during the 4th quarter with our freshmen class of graduates. He is currently enrolled in the Masters in the Art of Teaching Program at Clark University in Worcester.  Aaron became the Director of High School Placement & Transition in the summer of 2018.