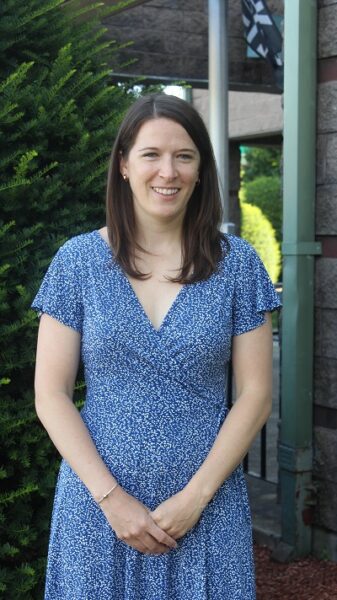 After graduating from College of the Holy Cross in Worcester, Deliberto began her career by spending a year in the Jesuit Volunteer Corps as a Community Living Coordinator (CLC) for the Neighborhood Service Organization (NSO) in Detroit, MI. NSO is a large human services non-profit with a permanent supportive housing program whose mission is to combat homelessness by housing the city’s most vulnerable people without conditions or expiration dates.

Following her time in the Jesuit Volunteer Corps, Deliberto spent 5 years working as an Executive Recruiter for Leaders For Today (LFT), now AMN Healthcare, an executive search company focused on healthcare leadership positions. Deliberto worked with a variety of hospitals from small community health centers to large, national healthcare systems. She practiced building relationships with candidates and clients in leadership roles, assessing their needs, and creating a match in a timely and professional manner.

Deliberto has a Bachelor’s degree from College of the Holy Cross in Italian & a Multidisciplinary focus on Philosophical Studies in Modernity.