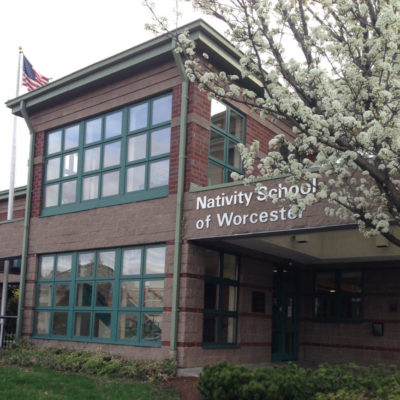 WORCESTER, Mass. – Nativity School of Worcester, the City’s only tuition-free private school, announced today it has surpassed its $10.5 million goal of its comprehensive campaign, after 6 years of fundraising efforts. The school plans to continue “It’s OK to Be Good Here”, the campaign for Nativity School of Worcester through June 30, 2019, and build on the momentum that has been generated by a widespread group of donors committed to supporting the Nativity Worcester educational mission. More than 500 individuals, corporations, and charitable foundations have given to the school’s efforts toward creating a more financially stable future.

“I am incredibly grateful to our benefactors for their generosity and enthusiasm for our mission,” said Nativity Worcester President Patrick T. Maloney. “We’ve asked our community, which already helps us to raise our entire operating budget year after year, to dig even deeper and help us to provide a more long-term financial stability.  Keep in mind that the vast majority of these supporters are not alumni, nor are they families, but rather a group of people dedicated to our Nativity Men and their futures without any benefit to themselves.  It’s incredible to witness and a blessing to be a part of.”

The Campaign for Nativity School of Worcester is the school’s first-ever capital campaign, which was publicly launched in October 2013. Campaign funds are being used to retire the long-term debt that the institution had on its school building and a residence that houses some of the teachers, fund capital projects in both of those properties, and establish an endowment for the school, all while still raising the funding needed to operate the school on an annual basis.

In addition to a dedicated advancement staff, Maloney also credited dedicated volunteers and trustees, including capital campaign co-chairs Charles Weiss, Ph.D. and Michael Tsotsis, along with Board of Trustees Chair, J. Christopher Collins, for their guidance and leadership.

“Our school community’s support for this campaign has been overwhelming,” said Collins. “Every gift was important. Everyone who has been connected to this incredible school, including graduates, parents, trustees, and faculty have all come together to support this effort.”

And yet, despite the campaign’s success, its co-chairs remain adamant that much more needs to be done.

“While we should be immensely proud, our work is never done,” said Weiss. “We have to work every year to ensure the opportunities available at Nativity Worcester continue to be here for the most at-risk students in Worcester.”

“There are a lot of students in Worcester that can benefit from a Nativity Worcester education,” said Tsotsis. “That need continues and will not go away anytime soon.”

Mr. Collins made the campaign announcement at the school’s 14th Annual Spring Auction Night.  This annual event raises money needed for the programming and operations of the school, and honors several individuals and corporations for their dedication to the school and its students, graduates, and families.  This year’s honorees included: Joe and Nancy Flaherty, George W. Tetler, III, the Greater Worcester Community Foundation, and Guillermo Creamer ’08.

Nativity School of Worcester is an accredited, independent, Jesuit middle school (grades 5-8) that provides a quality, all-scholarship education to underserved boys of all faiths.  Drawing upon four pillars – strength, scholarship, character, and service – a Nativity education inspires self-discovery, responsibility, spiritual growth, and a lifelong dedication to learning.  The school is solely funded by the support of corporations, foundations and individuals. 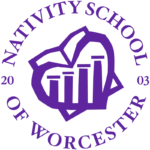 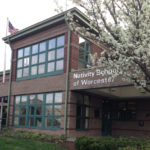 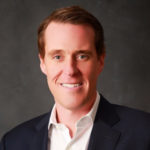 A Statement from our Chair of the Board of Trustees